Originally founded by Franco Moschino in 1983, Moschino became famous for its colourful, eclectic collections taking reference from vintage trends and pop culture. Diffusion line Moschino Cheap and Chic followed shortly, in 1988, putting an irreverent stamp on classic wardrobe pieces and, under the creative direction of Jeremy Scott, Moschino Cheap & Chic became Boutique Moschino, a secondary womenswear line in 2014. The playful right hand of the Moschino mainline, Boutique Moschino offers feminine dresses and smart jackets in colourful tweed and flouncy ruffles as well as graphic separates and knitwear with cute and quirky trompe l’oeil details. Perfectly placed for the modern woman who takes fashion with a pinch of salt 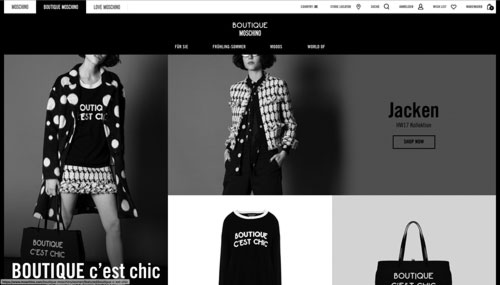 The collections of MAX & MOI are made of exclusive materials and convince by elegant and timeless designs for every season. The stylish creations of the French luxury label often include silk, cashmere or leather and combinations with fur in the foreground, which bring out the sensual femininity of their wearers to their best advantage.Sweaters, blouses, but also coats and accessories play discreetly with femininity and convince by a very classic look. In keeping with the respective seasons and collections, the label also develops stylish and varied accessories for feminine dresses made of cashmere and noble knitwear in every season. 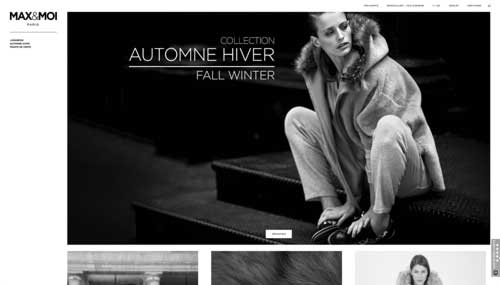 Philosophy celebrates the era of the New Romanticism under the artistic direction of Lorenzo Serafini. 1984 founded by Alberta Ferretti, Philosophy reflects a rich and modern vision that is inseparable from the key message of the sex appeal and the refinement of the Italian style is connected. Now it's celebrating Fashion house the era of the new romance by the appointment of Italian designer Lorenzo Serafini as Creative Director. 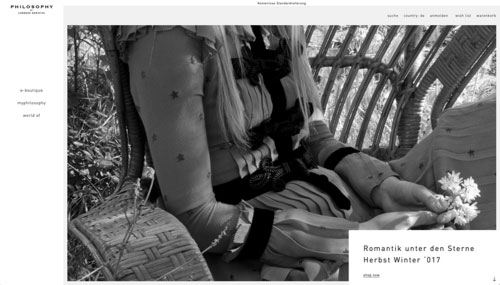 Pin 1876 is a new line in accessories manufactured entirely in the establishments of Botto Giuseppe & Figli in Valle Mosso (Biella) and Cascami Seta 1872 in Tarcento (Udine).Both o f these historic companies were born with the capacity to reinvent themselves, through constant effort, research and innovation , both absolutely unique in their fields and in their DNA.This unique combination of tradition and moderity is the basis for our collections, destined for an increasingly demanding clientele with a keen eye for quality, style and the trends oft he times. 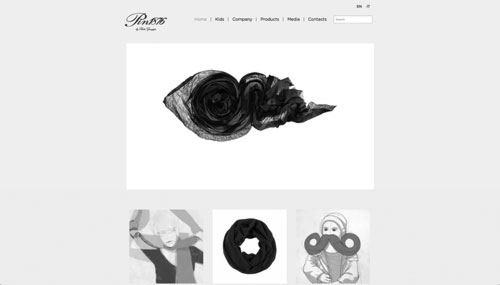 We have adapted the content and use of cookies, which facilitate the provision of our services, to the privacy policy in force since 25.05.2018. By using our services, you agree. Further information can be found under the corresponding menu / button.
Ok Decline
More information